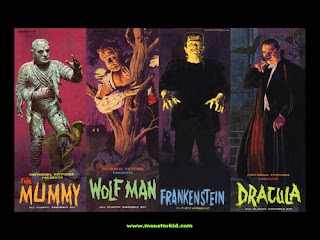 My childhood was pretty sweet. Simple. Pure. Sure, our families had their issues and we had bad things happen to us, but for the most part, we could go where we want and our parents could be fairly certain we’d come home safely.

I must have been about seven or eight when my mom started letting me ride my bike alone downtown to the library and to the stores along Main Street to shop. The trip was over a mile each way. It was years yet before the library situation would get me into trouble. We still had a real live soda fountain downtown when I was growing up, where they served up the best ever root beer float or you could get a soda, which we called pop, with the exotic flavor called Cherry Coke.

On Wednesdays, the Cedar Bulletin would publish its swap paper and we’d race to grab the coupon inside for a double feature Saturday, popcorn, and small soda for 35 cents. I was all over that.

I had a little obsession with monsters from the movies due to my weekly watching of “Chuck Acri's Creature Feature.” I loved Boris Karloff, Lon Chaney, and even Three Stooges whenever they met up with the Wolfman. Vincent Price was a god. My dad was pretty pissed one day when he learned I’d traded his vintage 1940 softball to Jordy Schaeffer for a stack of Monster magazines.

On one of my trips downtown, I discovered the “five and dime” as we called Harrison’s, had a basement. In the basement lay all kind of wondrous things for kids like me, including monster model kits. They cost about $1.45 as I remember, which was a small fortune for a kid like me. Time did not diminish my desire; I had decided it must be mine.

So, I did what every entrepreneurial kid would do, I set up a Kool-Aid stand. And broke out the gumball machine. My mom bought a bag of 100 gumballs for 50 cents or so, and I sold them for a penny apiece. The Kool-Aid was 3 cents. We set up across from Lookout Park (which I liked later in my life for a number of other reasons) for the good traffic. I think it cost more in sugar than we got in profit, but days and days and days and days of work and after consuming so much Kool-Aid I never wanted to see any ever again, I had 160 pennies or so (once I split the money with my various business partners).

I raced down on my bike and trotted down the stairs to the basement treasures. I scooped up my prize and paid for it and raced home. I was giddy—it was finally mine. I put the kit together in about 10 minutes. I stood back, looked at it, and sighed.

I heard the kids yelling in the distance outside. Abandoning my new love as quickly as it had wrapped itself around my heart, I ran out to play with my friends.


He who dies with the most toys is, nonetheless, still dead. ~ Unknown
Posted by Me. Here. Right now. at 8:08 AM No comments:

Email ThisBlogThis!Share to TwitterShare to FacebookShare to Pinterest
Labels: Raising Me

He Looked Down Upon Me and Laughed 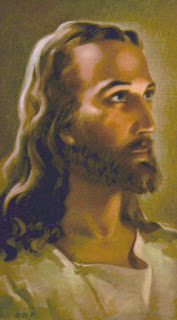 In the little town of Vinton, Iowa, just down the road a spell from the big state mental hospital, and home to of the best popcorn fields in the world, there sat a little tarpaper shack, where the weeds grew unchecked between the cracks of the neglected tar and gravel street, down near the railroad tracks.

The house sat right up against the street, with two lop-sided, rotting wooden stairs leading to the front door. The yard was huge and full of all types of Iowa wildflowers and a large, meticulously tended vegetable garden. In the back was an old outhouse that eventually became the garden shed. The entire house was probably 700 square feet. The floors sloped and waved and jutted from 70 years of settling and warping. The bare floor was sprinkled liberally with simple hand-made throw rugs to keep the chill of an Iowa winter at bay.

The house had that aged, musty smell yet was invariably spotless. Long-faded wallpaper with patterns out-of-date by the 1920s covered each wall. The kitchen was the largest of the rooms and obviously the most used. Under the simple kitchen table was a small rope with a knot in the end that served as the handle to lift up the cellar door. Once open, stairs led perilously down several rickety stairs to the tiny, pungent, dank, dark, dirt room where the year’s food supply, culled from the bountiful garden, were stored.

The living room was small—with a coal burning stove eventually replaced by an electric heating stove. A short couch lined one wall, and directly in front of the couch; facing the same direction as the couch, sat the one comfortable chair in which a woman sat for much of her day watching the small black & white television at the other end of the room. Hanging above the television, a small, lonely picture of Jesus looked down upon the room, surveying the every thought, word, and deed of generations.

The woman, who lived to somewhere between 99 and 101 years old, depending on who you took as authority on such things, was tall and lean. Her dress was always immaculately ironed. Her hair was white as pure driven snow, and was always covered by a hairnet. When she spoke, her voice warbled and rasped from too many years of use. Age and gravity had some interesting repercussions. Her face was very, very long, reminding me of a tired old Bloodhound with wrinkles on top of wrinkles. Her earlobes had somehow managed to extend nearly to her shoulders, and her breasts, well, she was never one to bother with such frills as a bra…she was old, let’s leave it at that. Whenever I saw her, a particular Girl Scout song would pop into my head, “Do your ears hang low, do they wobble to and fro, can you time them in a knot, can you tie them in a bow, can you throw them over your shoulder like a continental soldier, do your ears hang low?”

As a child, I paid little heed to her, and as my conversation wasn’t very interesting to her, we never made a connection. I probably spoke a total of 10 words to her my entire life. She visited freely with her son and grandson (my grandfather and father), but my sister and I were left to our own devices playing on most visits at the back of the house in the tiny closet-sized bedroom, with an ancient erector set and tinker toys. All I really knew is she spent over 65 years a widow, raising her kids the hardscrabble way, but most of it was spent alone in that little house, taking care of her business.

Our last visit came when I was about 20, on leave from Germany. Her hearing was nearly shot and her eyesight failing. My father pulled up a straight chair to be near her. She sat in her chair, facing the same direction we faced sitting on the couch behind her—which was always so odd to me—looking at the back of her head. My senses dulled as I listened vaguely to them speaking. Finally, out of the blue, she said, “Lori, where are you?” I snapped out of the daydream state I invariably slipped into, thinking, “Wow, she is actually speaking to me.”

I reached forward and gently and lovingly placed my hand on her arm, feeling suddenly quite warm and sentimental, sure she was asking because she could neither hear nor see me from her current vantage point, and said, “I’m right here Great Grandma.” Perhaps at last, we'd make a connection!  And, then she sighed heavily, and I swore I heard Jesus laughing as he looked down upon me.  She said, “No GOD DAMN IT, where are you in Germany? Larry, what is wrong with the girl?”