Mystery Muddle: Ancestry DNA and Me 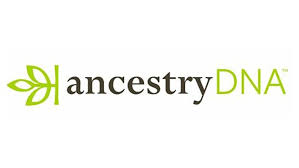 I just had to. So, for Christmas this year, we all got DNA tests done. Mine had some surprising results
that I haven't quite figured out since my research has not indicated much of it to be true. The Scandinavian results was 61% and Iberian Peninsula was my next big group at 11%. Based on my work with the family tree, I expected a lot more English and German and I have no idea where the Iberian Peninsula thing came from. So, it will be fun figuring it all out.

One of the features of Ancestry DNA is the matching they do between you and others who share some DNA. Some are closer relatives, but most are distant - 4th to 6th cousins or more. The results of this was not surprising for the most part. People I'd been in contact with over the past few years are confirmed as actually being DNA-connected as well. If there were ever any doubt, my dad can be assured that he is in fact the child of his known parents!

What was a big surprise was this close cousin (1st/2nd) that popped up that I'd never heard of before. I couldn't figure out from what I could learn, how we were related. I contacted her and she told me her tale. Her mother had been adopted. She had traced her birthmother's family (Simmons) and a likely birthmother but had no clue on the birthfather.

The process of research on the detective trail is the fun part for me. First, I needed to establish that I was not related to her on "Sue's" mom's birthmother's side. That was borne out rather quickly. That meant that I might find the key to solving the puzzle.

Then, I took the shared DNA connections and used them to exclude possibilities based on the year of birth of the mother and age of the birthmother - two estimated things we knew.

The solution was found in the Smith-Smull line. The only Smith-Smull crossovers were with Jennie Elnora Smull and Kate Smull, who both married Smith men from our line. Jennie's boys were ruled out as were two of Kate's boys. Then, that left one Smith boy. I feel fairly confident that we have located the birthfather of her mother.

I absolutely live to work on puzzles like this. And, I got a new close cousin out of the deal. Pretty cool.
Posted by Me. Here. Right now. at 3:20 PM No comments: