Going Beyond the Details - The Nashua Reporter 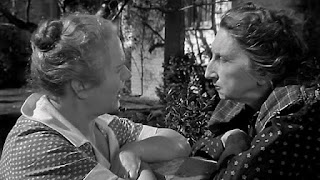 I've been pouring over newspapers the last couple of weeks trying to find out something about the actual lives of some of my long-dead relatives. I've subscribed, at various times, to several different services, but despite ancestry.com's partnership with newspapers.com, I generally find I like newspaperarchives.com much better for easy retrieval and review.

One of the papers this service offers is from Nashua, Iowa. The Nashua Reporter from 1899 to the early 1980s. Early on, there were news notes from each town and township I call the "gossip column." It is chock-full of who went to this house or that for dinner, shopped out of town on the weekend, or visited or had visiting relatives. It's a great source to find spouse names, what they did, where they moved to once they left the area, and service information, especially during World War II.

I've found the answers to many mysteries or at least grabbed a thread that allowed me to fill in blanks in standard records. I discovered the long, interesting marital history of my great aunt Mary and just recently discovered that her sister, Bernice Smith Beckage, who lost her husband Andrew Beckage suddenly in 1947, almost immediately remarried her second husband whose existence I've never heard about from anyone. My guess is the marriage didn't last too long and she reverted to her first husband's name after that marriage.

Papers like the Nashua Reporter were a treasure. They show the ties that span through families and marriages and the triumphs, trials, and tribulations of generations of relatives. While I'll never find out why my Great Grandma Kate Smull Smith was so ornery, I do get to see that her children and their children were frequent visitors and who cared for her through the years after her husband's death.

I took a liking to this young fellow, who married one of my relatives, I couldn't for the life of me
figure out why they left Iowa for Albuquerque, New Mexico. I had assumed it was job-related - he was a grocery wholesaler and retailer throughout his life. Turns out I was wrong- it was a very bad case of tuberculosis that sent him to drier climes and he had a sister, Mrs DO Marshall living in Albuquerque. He also went into the real estate business in 1929 (Walter K Spurgeon Realty - later Walter K Spurgeon Courteous Realty) and as late as 1945, not the grocery business. He returned to that business, as a clerk, once they moved to California. This is what I found on he and his young wife, Leona Smith Spurgeon, daughter of Harland Smith and Fannie Magoon Smith:

The bride was gowned in a blue chiffon velvet ensemble, the jacket covering a blouse of eggshell satin. Her hat of dark blue velvet and other accessories matched. Miss Roberta Spurgeon, who attended her sister as maid of honor wore a dress of heavy flowered crepe in blue and white. Walter K Spurgeon the bride's uncle, acted as best man to Mr Chandler.

Mr & Mrs Chandler left Wednesday afternoon for a short honeymoon of unannounced destination after which they will be at home at the El Centro apartments, 270 Turk St, San Francisco, Cal.

The Spurgeon's moved to Southern California after New Mexico, and died there.

Without this valuable resource, Walter's life might have been missed in a cut and paste the records and move on kind of way.
Posted by Me. Here. Right now. at 7:49 AM No comments: